The last decade saw an increasing power struggle between men and women but award-winning author and feminist, Liz Lewinson, says there is no contest. Women are the power species on the planet. 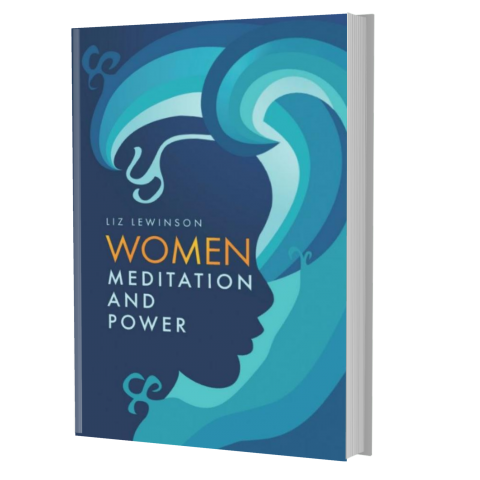 LOS ANGELES, January 21, 2020 – The last decade saw an increasing power struggle between men and women but award-winning author and feminist, Liz Lewinson, says there is no contest. Women are the power species on the planet.

“For many millennia, a wrong definition of power has prevailed.” Lewinson shares, “Power, as defined in the dictionary, is associated with domination, control, rigidity, suppression. But that is low-grade rubbish. Real power, female power, does not dominate, it flows — rapidly.”

Lewinson went on to describe how her definition of power is always demonstrated in nature. A mild breeze becomes a powerful hurricane. A rockslide becomes an avalanche. A bonfire becomes an inferno, a stream becomes a waterfall, a wave in the sea becomes a tsunami. In all these instances, what creates power? The answer is simple. Power is created by movement, the more rapid it is, the more intensely powerful.

Women are built for power because they are more fluid than men. A woman’s body changes rapidly and dramatically – from menstruation to the potential for pregnancy, childbirth, lactation. Women, not men, are the multi-orgasmic, intuitive, adaptive and collaborative species, as demonstrated today by numerous studies. Groups of women arrive at collaborative decisions faster than men. That is power.

This truth is the basis for Lewinson’s book, “Women, Meditation and Power.”

“We must up-end the confusion and unravel the deep-rooted lines of misunderstanding before our world suffers further.” Lewinson says, “The time for change is now.”

Start the path to enlightenment and change with the updated and revised edition of “Women, Meditation and Power” – available now from Skye Pearl Publishing.

Liz Lewinson is Vice President and Treasurer of the Frederick P. Lenz Foundation for American Buddhism, the largest Buddhist grant-giving organization in the United States. She leads the grant category titled “Women in Buddhism.” She was a longtime student of the American Buddhist teacher, Frederick Lenz, and was ordained as a Buddhist monk in 1992.

In technology, she is an Agile-trained teacher and facilitator. She has conducted strategic planning for some of the largest companies and governmental agencies in the world; led complex, multi-million dollar projects/programs in information technology and business process improvement. In the communications field, she has created and executed communications plans that build, motivate and galvanize constituencies.

In P.R. and marketing, her clients included Tri-Star Television; Stephen J. Cannell Productions (“21 Jump Street,” “Hunter,” “Wiseguy”); Carson Productions. “The Tonight Show Starring Johnny Carson;” Faberge; Hanna Barbera and others. Since 1990, she has free-lanced as a PR/Marketing consultant for a number of clients.

As a freelance journalist, she published her work in the Los Angeles Times, the New York Times Features Syndicate and numerous magazines. She was a contributing editor to PC AI (Artificial Intelligence) Magazine.

Lewinson is currently focused on creating powerful and meaningful global communications through books, film, and other media as well as offering workshops on meditation as a doorway to understanding core issues in contemporary life.

To learn more about Liz Lewinson and her books, please visit www.LizLewinson.com.