For many, it may seem like a long time in the making. But finally, the company that’s been promising commission-free bitcoin futures trading since inception is onboarding its first testers ahead of the public testnet launch on November 30.

Closed Testing Ahead of the Public Launch

In fact, since the beginning of last week, the team invited close friends and internal members to check out the new testnet. The company has now sent its official welcome email invite and instructions to the remaining 100. This is a closed group of testers and comprised of experienced traders, some key influencers in the space, and some of Digitex’s most loyal supporters. 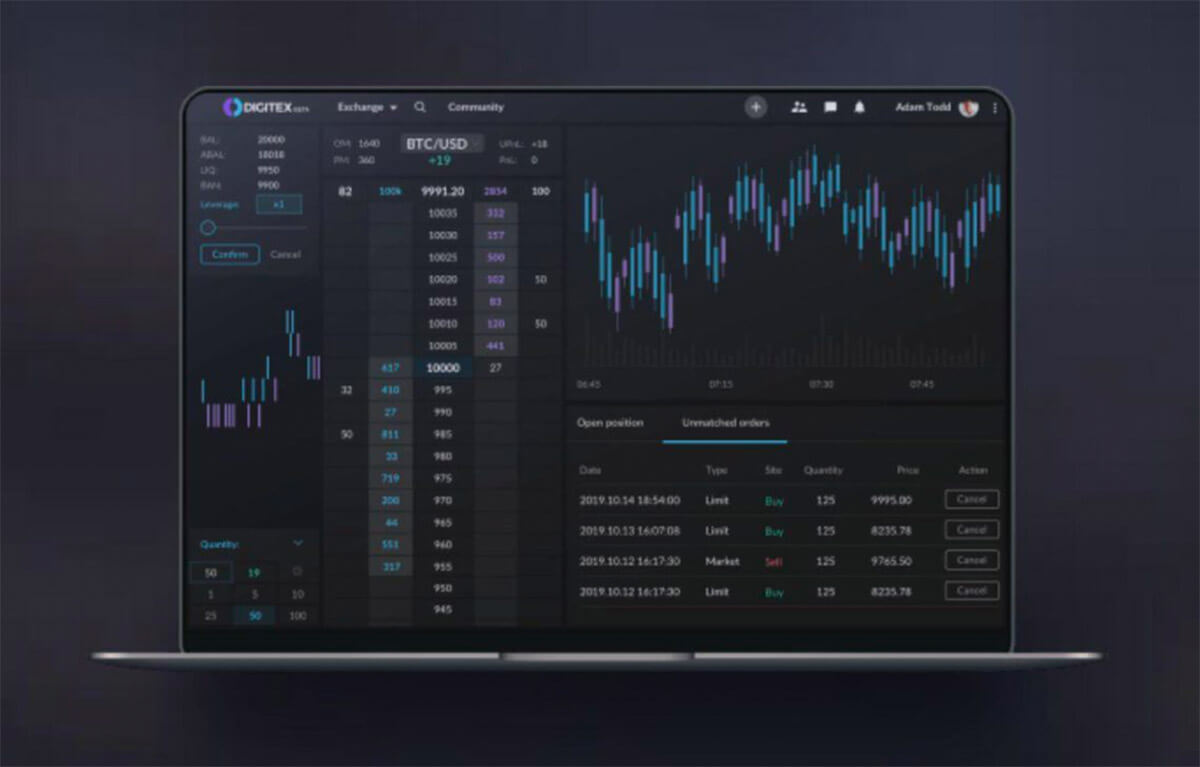 While it’s still early days, the initial response has been extremely encouraging. Excited and relieved to finally be able to share his work with the outside world, Digitex CEO Adam Todd told CryptoSlate:

“We’re very happy to onboard the first testers and get people playing around, trading, and clicking buttons. The initial response has been overwhelming and we’re thrilled. Although, we’d like to remind all testers that this is a testnet and as such, we fully expect them to find bugs and encourage them to report any abnormalities they find.”

Trading on Digitex Is ‘Addictive’

“My experience with the closed testnet version of the Digitex Futures exchange has been great so far. I tried to place only a few orders at first and tried to gain some DGTX just by going in and out all the time with one tick wins. After several trades, I was up 1000 DGTX. To be honest… it is very addictive!”

Others are telling a similar story. “It’s very addictive to do. When I trade on other exchanges, it’s really not that easy to trade, with Digitex, it’s a simple mouseclick! It’s very easy to use.”

“I traded until 4:30 am then my laptop battery ran out! It’s highly addictive! Ideally, will do a first impressions video today.”

“This interface and platform are just insane… Guys, I am telling ya; it’s super easy and the people at large are going to go bonkers using it…”

Other feedback was related to how easy scalping is to achieve on the exchange.

“This scalping is growing on me, man… I already made a few bucks trading… This is just super guys…”

Other Positive Feedback So Far

Among the additional positive feedback the company is receiving, is the simplicity of the interface and the ability to customize colors. The trading ladder is also generating a very positive response:

“What I like the most is the profit and loss you can make with a trade on the ladder; that way, you get a clear idea of how much you can make or lose.”

Another tester who has been inside the testnet since last Monday added, “What I like the most is the constant development and improvements being done every day. In the beginning, we had only access to the main user interface with ladder, chart, etc. The very next day, a panel was added with other pages such as my profile, wallets, history, support, etc. Improvements are literally being done while trading. This is the most positive part because I can feel how the exchange is living and breathing.”

Points to Improve On

As the Digitex CEO pointed out, it is still a testnet. The company has reminded its testing community repeatedly to keep that in mind. From time to time, the screen may freeze and trading temporarily stops as the developers implement some updates and fixes.

“There are bugs and loading times are not perfect. Sometimes, I can’t trade due to different issues – it’s a testnet after all.”

Suggestions are also being made and Digitex is urging people to contribute with their ideas. One tester said,

“Some may like a day mode to go along with the standard night mode. I don’t like the limited tooltips, either. Other exchanges have some amazing tooltips, but it will be interesting to see how and what Digitex implements.”

Bugs are obviously being found, the most common that the screen freezes, however, it seems to kick into gear again when the users refresh. These points are obviously being worked on until the exchange is flawless and faultless. “Just a minor bug like multiple liquidation icon… But once I refresh the page it will go back to normal,” said one tester, and there were other such comments as well.

This Is the Very Beginning

Digitex only sent out the welcome email on Friday, but the active first testers are already putting the exchange through its paces. Digitex Futures Community Manager Gary Finlay reported that, as of early Saturday morning, the company had already received 183 help desk tickets. He said that about 25% had already been resolved at level 1, adding:

“I hope the devs have their skates on, there’s a lot to do!”

That said, the initial feedback has been overwhelmingly positive. Even from some people who have been skeptical in the past are posting great reviews. The bugs being found are also starting to duplicate. This is a very good sign as it means the main issues are rising to the surface quickly.

Keep your eyes open for demo videos, screenshots, reviews, and feedback coming out of the closed testnet group in the days and weeks to come.

Adam finished up by telling CryptoSlate:

“The Digitex Futures exchange is great for its first testnet iteration and this bodes very well for what comes in future.”

Disclosure: This is an advertisement paid for in ETH by Digitex. For more information on our advertising rates and policies click here.