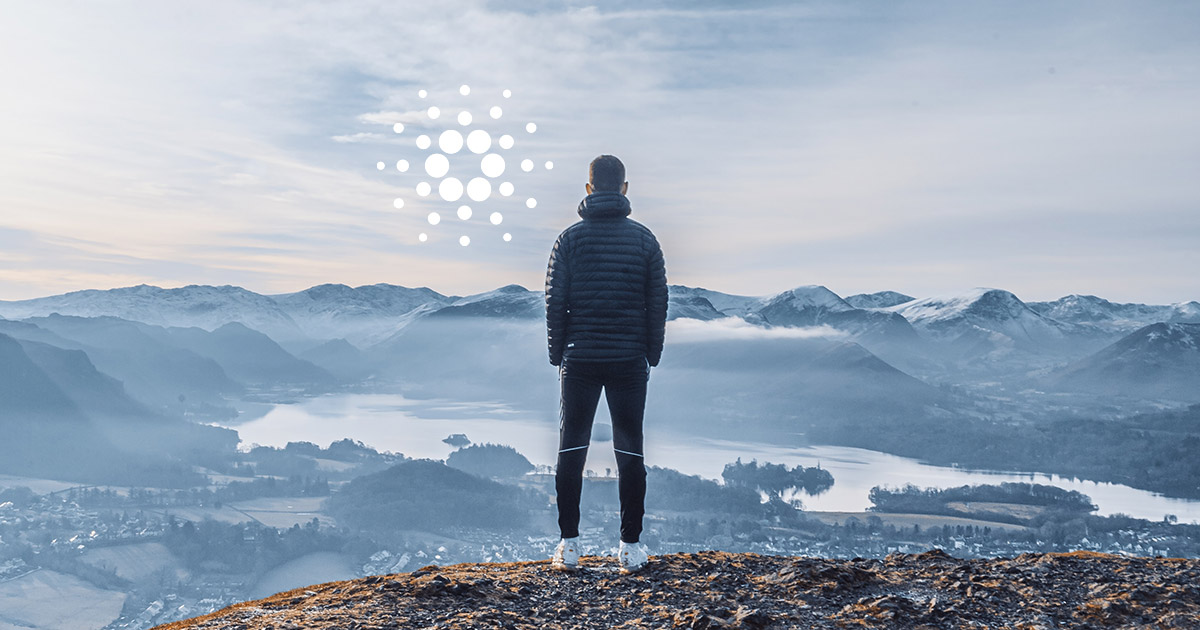 In a recent YouTube video, Charles Hoskinson, the CEO of IOHK, looked back at 2020 and how it helped shape Cardano into a future-proof, third-generation blockchain. With 2021 right around the corner, Hoskinson also laid out what next year will have in store for the blockchain, with governance being the central point of the project’s development in the next several months.

This year was about taking Cardano’s training wheels off

Looking back on 2020, very few projects have managed to evolve as much as Cardano did. The ambitious third-generation blockchain developed by IOHK has slowly been breaking into the mainstream this year, mostly thanks to the launch of Shelley, its staking era. But while it might seem like Cardano’s rapid rise in 2020 came out of nowhere, Charles Hoskinson, the CEO of IOHK, said the project was a result of five years of development.

Since it was created in 2015, every year has been amazing for Cardano, Hoskinson said in his latest YouTube video. Both IOHK and the Cardano community grew from just a handful of people to an enormous group of people scattered around the world, all working towards the same goal. This year, was especially significant for Cardano as it really marked the beginning of rapid global growth—the project now has over 1,200 stake pools, hundreds of thousands of users, and partnerships with hundreds of companies and institutions.

However, despite the huge significance 2020 had for Cardano, 2021 will be the year the project will truly shine, Hoskinson said.

Next year will be all about harnessing the power of the community that gathered around the project in the last few years.

“When we look to beyond March 2021, many things will change,” he said in the video. “So we have to have training wheels.”

Luckily, the company has experience with training wheels, with Hoskinson frequently saying that Cardano wouldn’t be where it is today if they didn’t spend months reviewing the project in various testnets. After Shelley launched, the company learned that you have to have a gradual handover with an educational component in order to have a successful launch.

Adding an education component to any launch has a very serious consequence, though—opinions.

And while many cryptocurrency projects choose to deal with community opinions through damage control, Cardano has adopted a community-first development attitude and wants the community to decide how the blockchain runs and where it will go.

To do that, Cardano needs to implement a very robust and scalable governance system that can support a steady stream of divergent opinions from hundreds of thousands, and potentially millions of people.

Learning how to think about Cardano

Project Catalyst, launched earlier this year, is the training wheels the Cardano community needed to learn about governance. Hoskinson said that allowing people to express their opinions and learn how to think about Cardano in a relatively closed-off environment that can be easily updated and fixed was crucial for building a sustainable governance system for the future. While Project Catalyst itself is still “very beta” as Hoskinson put it, the company won’t focus too much on its technical improvements. Instead, the goal for 2021 is to maximize participation in governance and have as may ada holders as possible voting and creating proposals.

“We want to make sure that those voting tools get better and more inclusive,” Hoskinson said.

A big goal for 2021 is to have a dedicated voting center in the Daedalus wallet, as well as Yoroi, alongside the existing voting mobile app.

And while Hoskinson talked about maximizing participation as it was a goal that’s hard to attain, it actually won’t take much more work to mobilize the community to fulfill the company’s threshold. Namely, Hoskinson said that despite 64 percent of all ada currently staked, only a small number of those staking actually participate in voting. He explained that the goal is to have 50 percent of all eligible users to vote—making Cardano’s voter turnout exactly like the turnout seen in the U.S. presidential elections.

Another important part of introducing governance to Cardano is IdeaScale. The company’s platform helps define what “meaningful” participation is on the blockchain, as it allows complex ideas to be dissected and broken into smaller pieces. While the goal of this process is to help present these complex ideas to as many people as possible in an understandable way, it also has a rather useful side effect—the creation of institutions and thought leaders.

As IOHK’s role in governance will be essentially nonexistent, people and insituttions that process and present complex ideas about Cardano will naturally start to occur. This is overall a positive thing for the entire ecosystem, Hoskinson said, but only if the blockchain manages to stay free of personality cults and toxic maximalism.

“A healthy ecosystem consists of a diverse group of institutions and thought leaders and has a systematic process for analyzing complex ideas,” he explained.

The second quarter of next year will be dedicated to creating and solidifying the systematic process for dissecting complex ideas on governance systems. This will include answering tough questions about what governance actually means, as well as establishing what kind of institutions are actually trustworthy and unbiased.

“A hallmark of a productive governance system is its ability to decide.”

Hoskinson went on to explain that IOHK had a lot of bad examples of governance to look at when designing Cardano. Despite it being a third-generation blockchain that’s vastly more functional that anything seen on the market just a few years ago, Cardano is still hugely influenced by Bitcoin. But, instead of replicating the mistakes that have plagued the world’s largest cryptocurrency for more than a decade, IOHK decided to use Bitcoin as an example of how not to do governance.

One of the key flaws of Bitcoin is its inability to update quickly and efficiently. Every time a significant change was set to be implemented to the protocol, a hard fork occurred and the network split into two different blockchains. To have a stable and sustainable network, it must have a robust governance system in place that would essentially make forks such as Bitcoin Cash and Ethereum Classic impossible to happen.

Another major thing that Cardano picked up from Bitcoin is the speculation aspect. Most of the market relies on the appreciation of the underlying asset and cares very little about the actual use and utility of the Bitcoin blockchain.

IOHK managed to solve most of these issues with Cardano. The company believes that there is something meaningful in the blockchain, it has a growth and adoption component, as well as a sustainability component.

All of these components will come together to enable voting on Cardano.

Hoskinson explained that the blockchain currently has two voting systems—one on-chain and one off-chain. The off-chain system is based on the Rust codebase and is constantly getting updated and refined. Every time a new fund is launched on Project Catalyst, the fund increases in scope and becomes more efficient. The on-chain system, on the other hand, is developed with a very different approach. According to Hoskinson, the system was created through a European Union grant for decentralized software development specifically for the Hard Fork Combinator event.

While it’s still largely underdeveloped, it will eventually enable Cardano to be updated through a CIP process. To achieve this, the company expanded the team working on the system by hiring two more engineers and bringing on a third-party vendor to assist with development.

Work on the on-chain and off-chain voting system is being done in parallel, Hoskinson noted. Initially, all voting will be done on the off-chain system. The nature of the network will allow the company to update it every 6-8 weeks, ensuring a dynamic and sustainable system. Ada holders will then essentially be able to vote on all of the significant things related to Cardano on the off-chain system—if a vote on a certain issue passes, it will then go to the on-chain system where stake pool operators will vote on it.

This kind of bicameral voting system will mean that the initial vote on issues is a private one, while the final vote is a public one through stake pool operators. This system, Hoskisnon explained, will create both a balance of power and a balance of privacy and publicity.

Aside from laying down the foundations for a governance system that will power Cardano, IOHK will have many tough questions to answer in 2021. The most relevant one, at least to Hoskinson himself, is where will IOHK go once the first generation of Cardano is completed?

The Cardano 2025 plan is simple—build a system on the scale of Facebook or Amazon that can sustain 1 billion users, but make it decentralized. And while this means that IOHK won’t have any problems knowing when its work has been done on Cardano, it will present the company with a very significant problem—what it will do once it gives the community the total control over Cardano.

However, that seems that IOHK wants to cross that bridge when it comes to it. In the meantime, the company wants to keep its head down and work hard on making Cardano a completely self-governing decentralized system. So while governance might seem like the tip of the iceberg that’s Cardano, it’s actually one of the most complex ideas that underlies the blockchain. That’s why IOHK believes that dedicating this much time and effort to creating a governance system is what makes Cardano different from other projects on the market.

“We think of this not in terms of mechanics, but in terms of social dynamics,” Hoskinson said. “We truly believe that we can make significant progress next year.”