TikTok is one of the fastest growing social apps with Over half a billion active users around the world share their favorite songs on TikTok through dance challenges, lip-sync, or funny Video. 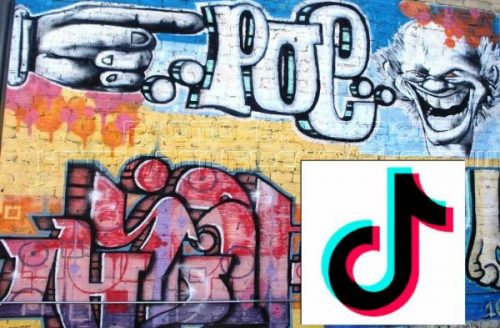 TikTok is a video-sharing social networking service owned by ByteDance, a Beijing-based company founded in 2012 by Zhang Yiming. It is used to create short lip-sync, comedy, and talent videos. The app was launched in 2017 for iOS and Android for markets outside of China.

TikTok passed Facebook to rank second globally behind the No.1-most downloaded app, WhatsApp (which is owned by Facebook), according to new figures published by intelligence firm Sensor Tower.

Merlin’s membership includes over 15% of the global recorded music market. Today’s news comes as TikTok is also understood to be in the middle of licensing negotiations with the majors. The deal is effective immediately and follows the appointment of former Facebook exec Jeremy Sirota as Merlin’s new CEO.

TikTok, which has surpassed 1.5 billion downloads worldwide on the App Store and Google Play, was the world’s second-most downloaded app in 2019, and now generates $40m per month according to intelligence firm Sensor Tower.

“Merlin members are increasingly using TikTok for their marketing campaigns, and today’s partnership ensures that they and their artists can also build new and incremental revenue streams.” TikTok Videos How To Become TikTok Famous

Almost half of TikTok’s active users are between the age of 16-24, so it has become the go-to app for younger audiences who are breaking ground and shaping new trends in music, comedy, and culture.

Shoot video in increments Yes, you could do a single-take video if you want, but TikTok lets you shoot video in bits and pieces, almost like real-time editing. Capture a little bit of video, stop, and then pick up the next shot when you’re ready. This way you can change scenes, characters, costumes, etc.

Shoot video to the song All these lip-syncs and dance videos would be a lot harder to create if you couldn’t record video to the song. In TikTok, you can start by finding a song, swiping to the snippet you want, and then shooting the video. If you do cuts, the audio will stop at the appropriate part and then play from where you left off when you hit record again.

Produce in TikTok, or upload from elsewhere You can use the above process to capture and post videos within the TikTok app, or create vertical videos using other tools (such as Adobe Premiere Pro) and then upload to TikTok.