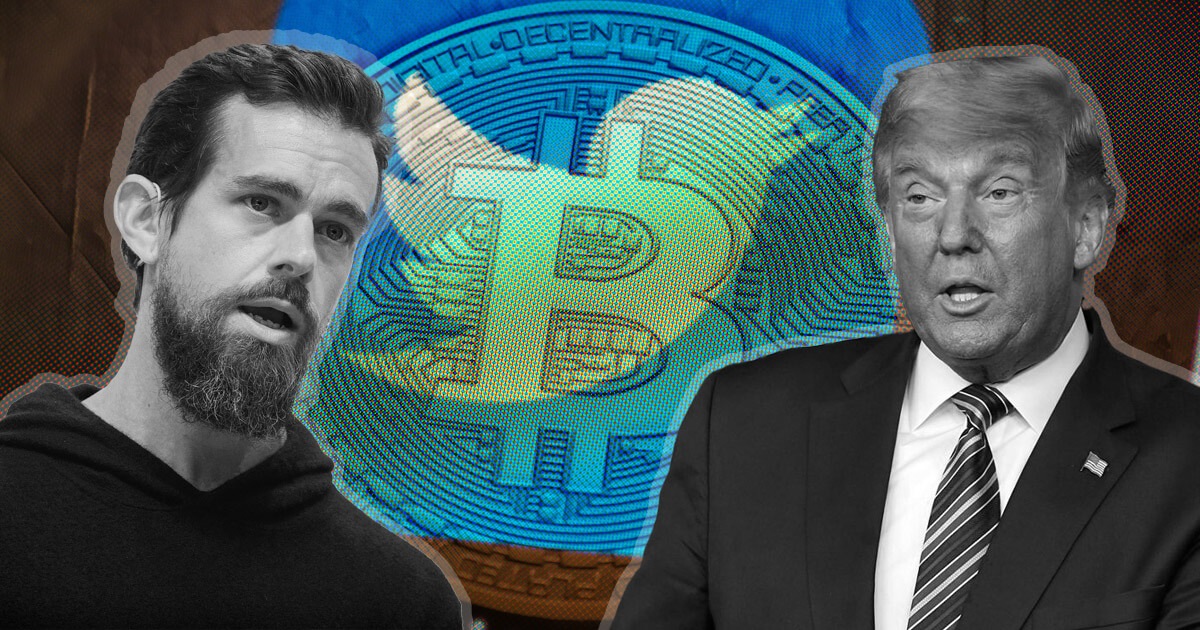 The Twitter founder is a known Bitcoin advocate. But a recent action saw his platform getting embroiled in controversy.

Twitter founder Jack Dorsey took to his platform this morning to explain banning the account of incumbent US President Donald Trump, a move that sparked controversy.

I do not celebrate or feel pride in our having to ban @realDonaldTrump from Twitter, or how we got here. After a clear warning we’d take this action, we made a decision with the best information we had based on threats to physical safety both on and off Twitter. Was this correct?

Trump was banned by Twitter last week after alleging his tweets incited violence in the country. “We have permanently suspended the account due to the risk of further incitement of violence,” the platform said at the time.

The tweets violated the company’s policy against the glorification of violence, with one tweet said to incite anger among his supporters and the other said to challenge the US elections—which saw Joe Biden get elected, but, in turn, saw Trump allege the election was rigged.

Dorsey, on his part, said today that while the ban action was “dangerous,” it set a meaningful precedent against similar acts in the future. He further expressed sadness at the “extraordinary and untenable circumstances” surrounding Trump’s permanent suspension.

“I do not celebrate or feel pride in our having to ban Donald Trump from Twitter,” said Dorsey, adding that even after a clear warning that Twitter would take this action, a decision was taken with the best information on hand based on threats to physical safety both on and off Twitter.

Having to take these actions fragment the public conversation. They divide us. They limit the potential for clarification, redemption, and learning. And sets a precedent I feel is dangerous: the power an individual or corporation has over a part of the global public conversation.

He continued, “having to ban an account has real and significant ramifications. While there are clear and obvious exceptions, I feel a ban is a failure of ours ultimately to promote healthy conversation. And a time for us to reflect on our operations and the environment around us.”

In the same tweet thread, Dorsey said that Twitter policies were enforced inconsistently. He added the service further needed to look into how it incentivizes distraction and harm, and how it needed more transparency in our moderation operations.

The reason I have so much passion for #Bitcoin is largely because of the model it demonstrates: a foundational internet technology that is not controlled or influenced by any single individual or entity. This is what the internet wants to be, and over time, more of it will be.

Then, he ended up speaking about Bitcoin, stating the world’s biggest cryptocurrency demonstrated a model of a foundational internet technology that was not controlled or influenced by any single individual or entity.

“I believe the internet and global public conversation is our best and most relevant method of achieving this. I also recognize it does not feel that way today.”

He concluded the thread with a plug about Bluesky, as well as stating the use of decentralized systems and the open internet would push humankind forward.