Big Retailers attack people’s rights, requesting Governors try to make the pesky minority of people claiming rights to not wear masks be made to despite their rights. While the CDC says the current death rate does not even warrant COVID-19 to be called an epidemic. 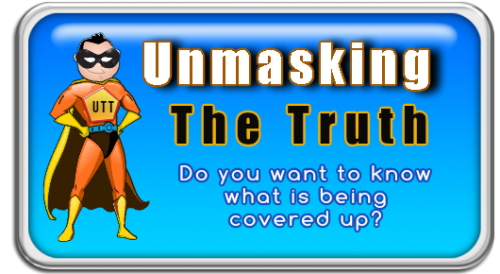 Governors have a constitutional oath of office to maintain people’s rights and freedoms, but the National Governors Association has said it will discuss a request that would deny people their rights to access public accommodations, places, without wearing a mask. Further, even though they say otherwise, since they are writing to Governors like Cuomo that have already basically done what they are asking for, apparently they want more stringent measures placed on people which can lead to mandates on people even if they have health concerns for why they cannot safely wear a mask in public or anywhere else.

A group of retailers have requested that Governors of states make it a requirement for people to enter stores that they wear a face mask. It is reported this same group called the “Retail Industry Leaders Association” is calling people that don’t want to wear face masks because they have a right not to by law misguided in their beliefs or impressions.

This group of retailers is saying that people are confused in the store about mask wearing and blaming it on lack of requirements for all people to wear masks. All the while in these stores they run announcements that say things like all customers are required to wear masks when this is false and misleading information and has confused people that are wearing masks to think that according to Governors’ orders and state policies everyone is mandated to wear masks which many times is not the case. Therefore, these false and misleading announcements and signs in some of these major retail stores is what have caused or increased the confusion.

Also what leads to the confusion is that some or many people have not actually read their states governor’s order(s) and don’t know that law and these orders have provided for people not to wear masks as specified in the order or law.

Further, TV News broadcasts many times can give people the wrong idea that masks are mandatory for everyone, when using words like “Mandatory” but not stating the provisions in the order(s) where it recognizes that not all people can or will wears masks for health reasons.

There are numerous health reasons for people not wearing masks like problems that can arise from oxygen reduction when wearing a face covering, and CO2 increase to toxic levels from breathing back in ones own carbon dioxide emissions, and from breathing in toxic micro-fibers, plastics, and chemicals from the cloth the mask is made out of day in and day out, and more.

According to the courts people have a constitutionally protected right to not be harmed by the actions of government officials. Due process guarantees protect people against harm from government officials. BROWN V. NATIONSBANK CORP, (5th Cir 1999). This includes harm by things like requiring mask wearing, or vaccines, etc., which can be harmful to ones health, and even incorporates harm from violation of rights. A cornerstone of due process is the prevention of this type of government abuse of power. WEIMER V. AMEN, (8th Cir. 1989).

Because of this attack by certain big retailers on people’s freedoms and calling a group of people misguided that don’t want to wear masks, some people may want to use smaller non-listed businesses that are online and/or offline and shop less at, these stores that belong to this group of big retailers that are encouraging Governors to work around their oath, then these individuals can go to retailer association website at rila.org for the list of member stores.

This bunch of retailers would have us and governors believe that they “know” the asymptomatic transmission of COVID-19 is a serious problem with using a double talk statement like the following in their letter to governors. “We know that seemingly healthy people can be infected and contagious, and we’ve seen firsthand how a seemingly innocent trip to a bar, restaurant, or house party without a mask can lead to an explosion of infections in communities where caseloads had previously flattened.”

Nevertheless, in reality with regard to this matter of mask wearing the World Health Organization’s (WHO) is not even sure about what the percentage is for transmission of COVID-19 via asymptomatic people to others. Between Dr. Mike Ryan, executive director of the WHO, and Maria Van Kerkhove, the WHO COVID-19 technical lead, with regards to the percentage of asymptomatic transmission they show that even the WHO is confused and not sure what the reality is because they use phrases like “very rare,” but, then say its a “big open question,” and even “there is much that is unknown.” While the CDC currently downgrades COVID-19 to a non-epidemic status on its website.

However, in the letter the retailers are giving the impression that they “know” that COVID-19 asymptomatic transmission is a big deal and are double talking at the same time using the word “know” in the sentence and then the word “seemingly” twice in the same sentence; which works to negate the “knowing” part. So is this either intentional or just sloppy wording. They could just say they “know” or it “seems,” one or the other. It appears that they are trying to make a strong statement and leave themselves a way out at the same time. Maybe, its just a little sleight of hand, with words illusion.

That cryptic statement in the letter was done by someone that is crafty with words. In addition, whether the retailers and the governors admit it or not, (because no one wants to readily admit they are trying to manipulate, or are being manipulated) this craftiness is working to the harm of people, by in effect encouraging governors to compromise or evade loyalty to their oath of office and violate, or weaken, people’s rights as the desired outcome of the letter’s affect. This and other aspects of the letter brings the intention behind it into question.

For More Information Go To: http://unmaskingthetruth.net/