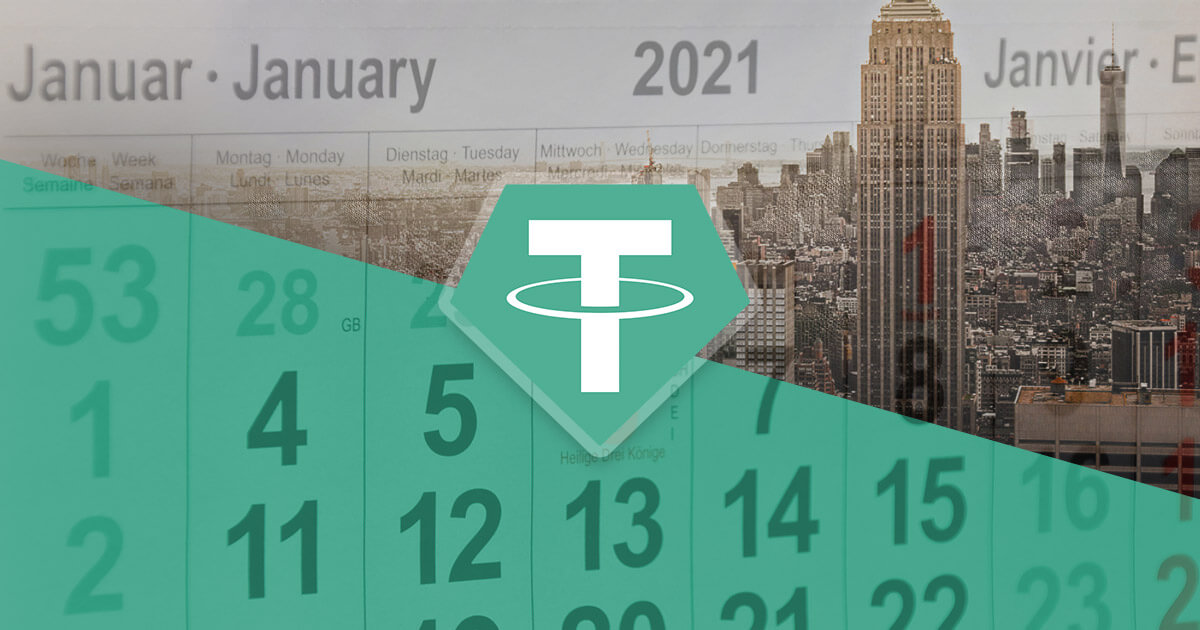 Tomorrow is an important date for the issuers of Tether, a USD-pegged stablecoin. But what does it mean?

Tether Limited, the company behind the widely-used Tether (USDT) stablecoin, will submit several documents explaining its legality to the New York Prosecutor’s Office tomorrow, Jan. 15, before the deadline expires.

It is believed to contain information about Tether’s business practices, its issuance, its supposed one-to-one peg with the US dollar, and other information regarding Tether Limited.

Stablecoins are one of the biggest use-cases of cryptocurrencies. They are usually pegged on a 1:1 basis with a fiat currency (or algorithmically controlled) and are said to be backed by a certain amount of reserve at all times.

Many crypto supporters are quick to criticize the Federal Reserve for printing trillions of dollars.

But stay silent when it comes to Tether doing the exact same thing to Bitcoin.

I love #Bitcoin, but this is not sustainable. Wake up people. pic.twitter.com/k8d0sD7XHm

USDT is among the first such stablecoins and the most widely used one. It was founded in 2014 as “realcoin”) by Reeve Collins, Brock Pierce, and Craig Sellers, before rebranding to its current form and stating that “every Tether+ token is backed 100% by its original currency, and can be redeemed at any time with no exposure to exchange risk.”

However, for a few years, several critics have questioned the reserve of Tether, given the company has not yet provided a verifiable audit of its dollar reserves or allowed a third-party auditor to reveal their findings to the public. This has resulted in people questioning the very existence of Tether.

But how does it matter? It’s because USDT’s issuance has reached over $23 billion in recent times, and with daily volumes exceeding even Bitcoin’s, some crypto users are ringing the alarm bells.

That said, however, the January 15 deadline is only the delivery of the required documentation to New York courts. No judgment or judicial charges are expected or levied tomorrow, meaning any fear in the market is likely a result of overreaction.

The controversial rise of USDT

Tether’s problems started after the Panama Leaks papers linked the executives of Bitfinex, Philip Potter and Giancarlo Devasini, to Tether Limited in 2015. This caused controversy at the time.

The second controversy came after USDT supply grew from $10 million to over $2.8 billion from January 2017 to September 2018. The rise was questioned by many, and by mid-2018, Tether accounted for over 80% of the overall Bitcoin volume.

Research suggested that an alleged price manipulation scheme involving tether accounted for about half of the price increase in Bitcoin in late 2017. However, that has not unfazed its backers yet.

Not many understand how much Paolo and Bitfinex contribute to the Bitcoin ecosystem. If they did, they’d also send support and dispel the FUD too! Unus sed leo.

What 2021 holds for USDT is a guess at best. But crypto fanatics are likely praying the critics don’t turn out right.