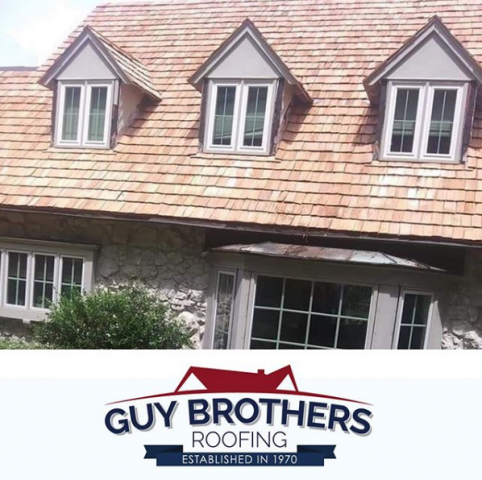 PENSACOLA, FL. October 8th, 2019. The Guy Brothers’ father impressed upon the brothers the importance of keeping their word. “You must do what you said you were going to do,” their dad would say, “and give the customer a quality job along the way.” For the Guy brothers, their father’s philosophy became the foundation and guiding principle for their company. Following his father’s teachings has led Mike and Guy Brothers Roofing to the highest rating on Angie’s List and the highest rating for roofing from the region’s Better Business Bureau.

Guy Brothers Roofing has experienced staggering growth over the years, Mike boasted, “We have four crews, around six to eight people per crew. Three repair crews. We have a metal crew that works on metal roofs. And then we have a single-ply crew. We have around 40 people working for us.” Even with new tools and the larger crew, Mike still preaches work ethic. His kids saw him put in the work. Still, they didn’t know how difficult it was to run a business until they joined him. Mike passed along the drive he learned from his father: Be the first one to the office in the morning and the last to leave in the evenings. You don’t get to go home just because it is raining – there is always something to do. And above all, make life fun.

After nearly 50 years in the roofing business, Guy Brothers Roofing holds a state license in good standing and an A+ Better Bureau Business rating.

Guy Brothers Roofing started with only three people and $268 in the bank. Today the company employs nearly 40 people and the business grosses roughly $6 million dollars a year. For Mike Guy, it was never about the payoff. He considers himself an artist. “When a man gets through painting a big picture,” he said, “he looks back and he either criticizes it or says, ‘Hey, that’s a nice-looking job’ That’s me. I could never work at a bank, not that there’s anything wrong with that, that’s just me. At the end of the day, I need to see the work I’ve done.” For more information, please visit https://www.guybrothersroofing.com.